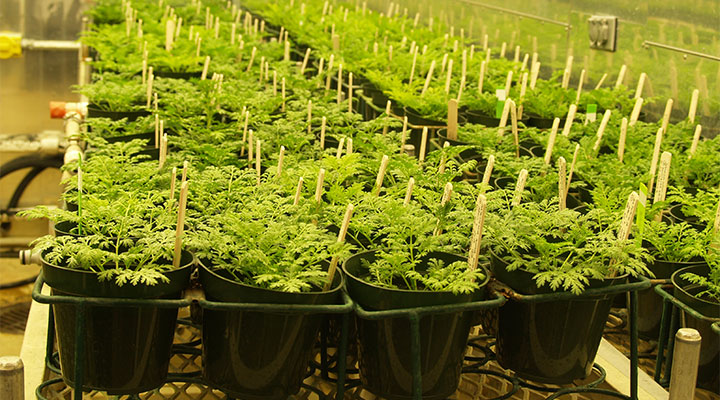 Every year , in the poorest countries of the world (especially in Africa) over 500 million people of both sexes and of all ages contract malaria . The disease manifests itself with very strong fevers, great exhaustion, headache, neck muscle tension, chills, sweating, sometimes nausea, vomiting and diarrhea. Among the infected, about 2 million per year perish .

The cause of what is still a real epidemic today is the Plasmodium parasite , which is transmitted through the bites of infected Anopheles mosquitoes . These mosquitoes are present in Africa, in Central and South America and in Asia, while they are not present in Westernized countries, where hygienic conditions are decidedly more evolved.

Antimalarial drug therapies exist , but they are not as effective and few have access to them: in the most remote areas of Africa, Asia and South America it is very difficult to get them.

The costs, then, are prohibitive: 2 euros per dose , for a therapy ranging from 3 to 7 days, for an average African family living in the savannah, or in the forest, it means giving up food.

Artemisia, known for centuries in China

L ‘ Artemisia annua (Annual or Wormwood) is a plant known since antiquity for its numerous healing properties.

In particular in China , in 1596, Li Shizhen already mentioned it as an antimalarial plant in his volume Compendium of the Materia Medica . Today, thanks to numerous researches, such as those of the Nobel laureate Youyou Tu ( read the article ) we know that the active ingredient responsible for the anti-malarial activity is artemisin , capable of weakening and killing the parasite responsible for this pathology.

In fact, artemisin, extracted from the plant, acts 10 to 100 times faster than all other known anti-malaria drugs and does not give any possibility of resistance to parasites.

Aware of this, pharmaceutical companies are taking action to extract the active ingredient and sell these drugs at prices that, although low, are not within the reach of the poorest populations in Africa and South America. The cost of almost 2 euros per pack makes it inaccessible to them.

Fortunately, it was discovered that Artemisa Annua, taken in its natural state – that is, using the dried leaves for the preparation of simple infusions , as is done with tea – is as effective as the drug Artemisin.

For this reason, humanitarian organizations such as Icei and Anamed have been active for years to spread this important knowledge in the poorest countries.

Thanks to these two humanitarian organizations, the Italian Icei, Institute of International Economic Cooperation, and the German Anamed , the use of Artemisia annua by infusion has been introduced in many African countries and in the Amazon.

The results were very satisfying : the infusion, prepared with 5-7 grams of dried Artemisia leaves, taken for a week four times a day, gives results that are completely comparable to the artemisin extract, but with the advantage of a almost zero cost!

The Italian organization Icei is working on an international platform to carry out the important project. Anyone wishing to contribute can contact Icei by visiting the website or by email: artemisia@icei.it